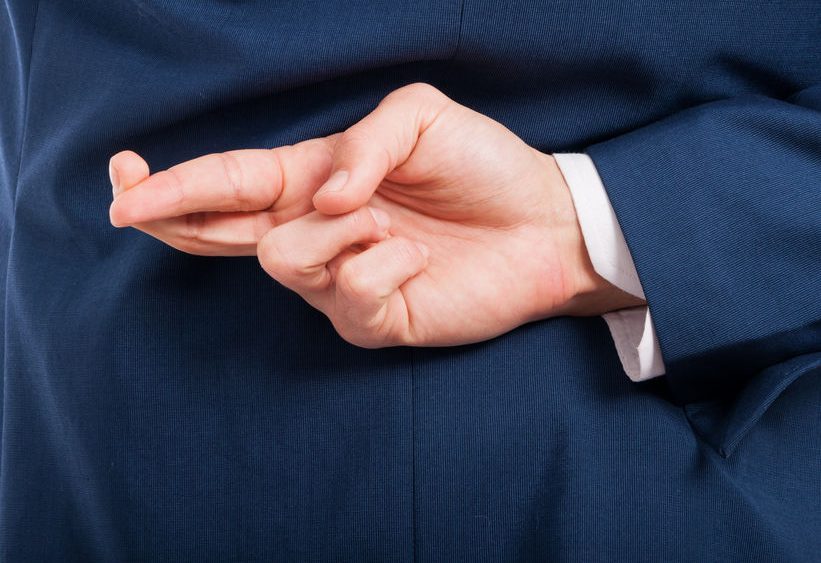 What disqualifies you from having an SMSF

This article covers the main ways a person becomes a disqualified person, the consequences of disqualification and the options available to those who are disqualified. (We refer to a trustee in this article as covering both individual trustees of an SMSF and directors of SMSF corporate trustees.)

Have you ever been convicted of an offence involving dishonest conduct?

The first way a person can be a disqualified person is if they were ever convicted of an offence involving dishonest conduct. This is regardless of whether the conviction was in Australia or a foreign country.

Whether an offence is ‘in respect of dishonest conduct’ is not defined. However, explanatory material to the legislation includes an example of a person convicted of a minor shoplifting offence 20 years ago as an example of an offence involving dishonesty that would disqualify a person. On the other hand, arguably a person convicted of assault is not disqualified, since there is no dishonest intent.

Generally a person who is convicted of an offence involving dishonest conduct is a disqualified person for life. An exception to this rule exists that allows the ATO to waive a person’s disqualified status. Such an application must be made within 14 days of the conviction. Accordingly, a person who anticipates a conviction must act very quickly.

An application outside of this 14 day period may be considered if the ATO is satisfied that there are ‘exceptional circumstances’ that prevented the application from being made within time. Also, a waiver can only apply if the offence did not involve serious dishonest conduct where the penalty is no more than two years’ imprisonment or a fine no greater than a specified amount (eg, 120 penalty units).

Are you a person that is subject to a civil penalty order?

The second way a person can become disqualified is if a civil penalty order was made against them. Civil penalties are broadly punitive sanctions imposed by the government as restitution for wrongdoing that are imposed through civil procedure rather than criminal process. Civil penalties are typically codified in legislation. Some of the specific civil penalty provisions relating to superannuation are outlined in s 193 of the Superannuation Industry (Supervision) Act 1993 (Cth) (‘SISA’), which include:

In addition to the above SISA provisions, a person may also be disqualified if they are subject to a civil penalty order under other legislation.

Are you an undischarged bankrupt?

Are you disqualified by ATO action?

In FY2018 the ATO made 257 SMSF trustees from around 169 SMSFs disqualified. Most disqualifications related to illegal early release of money from SMSFs (around 70% of 169 funds).

The ATO can also disqualify if it is satisfied that a person is not a ‘fit and proper person’ to be a trustee. In regard to the fitness of a person, the ATO considers whether the person has the relevant skills to be an SMSF trustee having regard to, among other things, the person’s competency and the responsibilities of an SMSF trustee as well as their ability to answer questions put by the ATO.

In regard to whether someone is a proper person to be an SMSF trustee, the ATO considers the person’s general behaviour, conduct, reputation and character. Factors that the ATO will consider in assessing this include, among other things, willingness to comply, proper independence in carrying out the role, whether they have been sanctioned by a professional or regulatory body, management of personal debts, integrity and involvement in entities which have been wound up. Naturally, a person who has outstanding tax debts with the ATO or who has been involved with phoenix company activity would not look good.

Disqualification under this limb can result in adverse public exposure. A person’s disqualified status can easily be obtained from a web search. This adverse public exposure can have a serious adverse impact on a person’s reputation, profession or business. We have had to assist numerous professional and business people who would have suffered considerable loss of business if they were disqualified.

Consequences of being a disqualified person

if you resign as a trustee your SMSF effectively has six months to restructure itself. Generally this will mean rolling your super interest out of the fund.

Broadly, once an SMSF trustee ceases to act the SMSF has a maximum six month period to comply with the trustee-member rules before it ceases to be an SMSF. An SMSF member is required to be a trustee or a director of a corporate trustee to satisfy the definition of an SMSF. Once disqualified, the person can no longer be an SMSF trustee. The law also prevents the member’s legal personal representative (eg, a person appointed under an enduring power of attorney) from being a trustee in place of a disqualified person. So this may force the person to cease being a member of the SMSF unless another option is chosen.

Options to a disqualified person remaining in an SMSF

Where a person is disqualified the two main options are to roll over the disqualified person’s member benefits to a large (APRA) superannuation fund (eg, an industry or public offer fund) or convert the SMSF into a small APRA fund by appointing an APRA approved trustee.

If the disqualified person has retired or attained 65 or satisfied another condition of release with a nil cashing restriction, they can also consider withdrawing all of their benefits from the SMSF. Corrective action must occur within six months of the trustee’s disqualification.

The matter of disqualification should be monitored well before establishing an SMSF and continually monitored during its life. Advisers should include, for instance, a regular query to clients whether they have been disqualified for any of the above reasons. Clients are not always forthcoming about offences or other indiscretions they may have been guilty of over the years.

This article is for general information only and should not be relied upon without first seeking advice from an appropriately qualified professional.  Article written by Christian Pakpahan, Lawyer and Daniel Butler, Director, DBA Lawyers

For further information about SMSF speak with our specialist advisors at Leenane Templeton.